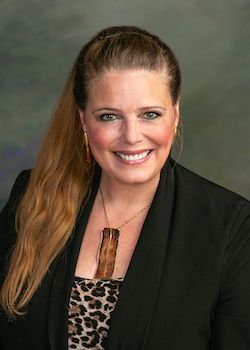 Amy Casey graduated magna cum laude from Arizona State University with a major in Psychology and a minor in Sociology, as well as membership in the Psi Chi Honor society. Her Juris Doctorate is from the University Of Denver Sturm College Of Law in 2008. Ms. Casey was awarded Most Outstanding Student from the Criminal Clinic of the Student Law Office for her work defending real criminal cases, under the Student Practice Act. In addition, as a student, Ms. Casey successfully appealed a wrongful conviction to the Colorado Court of Appeals, resulting in the overturning of the conviction.  Her other impactful law school experiences include: being a legal intern to the Consulate of the Federal Republic of Germany in Denver; a judicial clerkship in Jefferson County Colorado; a legal assistantship for a renowned civil defense firm in Boston; and an immersive International Human Rights Law study in India, where she had the opportunity to meet (and hold hands with!) His Holiness the Dalai Lama.  Immediately upon graduation, Ms. Casey hung her own shingle and negotiated a variety of legal affairs before taking a position as a Colorado State Public Defenders Office.

For 10 years, Ms. Casey worked as a Deputy Public Defender, handling thousands of criminal cases for the indigent and mentoring younger interns and attorneys.  At any given time, the 100+ case load ranged in complexity and severity.  Beginning with routine traffic matters such as DUI/DUID, vehicular assault, or eluding, to sensitive juvenile matters with children who were held in custody, to the devastating and far-ranging felonies facing clients such as kidnapping, home-invasion burglaries, possession of a weapon by a previous offender, drug possession and distribution, escape from prison, complex economic crime cases, myriad sexual crimes such as child and adult sex assaults and statutory rape, first degree homicide, and many, many more. Ms. Casey also worked and often led the team of public defenders in the then-burgeoning treatment courts, such as sobriety court and drug court, where she specialized in strategizing and implementing community-based treatment structures as an alternative to prison or extended jail terms.

Personal insights into Ms. Casey reveal an author, international traveler, devoted mother, and passionate advocate and volunteer. Ms. Casey co-authored a chapter in the 2021 legal textbook, Special Education Law and Policy: From foundations to application (Plural Publishing). Both in her youth as an Army brat, and later as a young professional, Ms. Casey has lived all over the world, including Germany, Switzerland, Canada, Japan, and throughout the USA. In addition to traveling, her hobbies are singing, volunteering, and hanging out with her son. Ms. Casey has a lifelong history of volunteerism. These include being the lead female vocalist with the international group Up with People, reading books for the blind, hosting building sites for Habitat for Humanity, and other myriad volunteer endeavors. She is eager to continue her advocacy work at The Dadvocates by helping others through devastating divorces and other difficult times.